Hemp and Cannabis in WW1

Cannabis and hemp are not usually the first things that come to mind when thinking about the Canadian and United States militaries. However, the plant actually played an important role in the Entente Powers’ military operations during the First World War.

Believe it or not, there was a time when cannabis was actually viewed as a cure-all medicine in Canada and the United States. Its emergence in western medicine began in the mid-nineteenth century when apothecaries and pharmaceutical companies started including extracts of the plant in a wide variety of remedies and tinctures.

A few examples of cannabis extract elixirs at the turn of the 20th century.

By the early 1900s, cannabis extract was so popular that doctors were prescribing it for just about every ailment. Cannabis extract was not only viewed as an effective analgesic and sedative, but also as a remedy for anyone suffering from migraines, nausea, addiction, menstrual pain, gout, whooping cough, epilepsy and cancer, just to name a few. It was even used to treat sexually transmitted diseases, like gonorrhea and herpes! 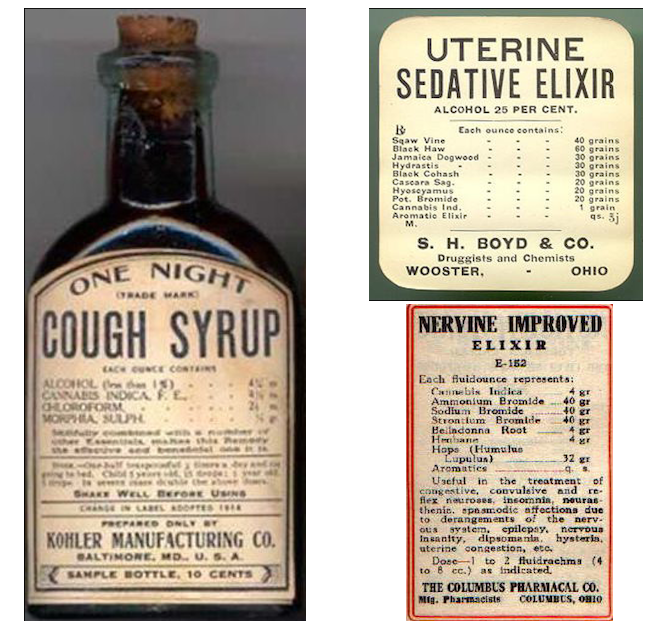 Cannabis extract was used as a sedative and an anti-spasmodic, as well as to treat a variety of ailments, like whooping cough.

Most of the cannabis used in these elixirs and medicines was referred to as cannabis indica, and imported from India. However, nearly all imports of cannabis indica to the west promptly ceased when World War I began, forcing pharmaceutical companies to turn to domestically-grown cannabis. This cannabis was called cannabis Americana.

Cannabis Americana proved to be as effective as cannabis indica, leading to American WWI medics being instructed to carry one bottle of cannabis extract tablets for every 1000 men in the field. The US was leading the world in medicinal cannabis research at the time, and scientists believed that these tablets would be an effective treatment for soldiers suffering from headaches, insomnia and cramps, as well as any pain or irritability stemming from trench foot.

Advertisements from US pharmaceutical companies promoting the virtues of Cannabis Americana.

Hemp also played an instrumental role in the war efforts abroad. Its fibres were used to make parachute straps and weather-resistant canvasses, as well as different types of nautical ropes and cords. In fact, many naval military operations would not have been possible without hemp, because the material was needed to both rig sails and tether anchors to ships.

Hemp was used primarily for parachute straps and nautical ropes in WW1.

Hemp was used instead of cotton because it was easy for farmers to produce, yielded significantly more crop, and took approximately half the time to grow. With such a high demand for the versatile fibre during the war, many farmers in Canada and the United States shifted their harvests to hemp to help supply the Allied Forces. 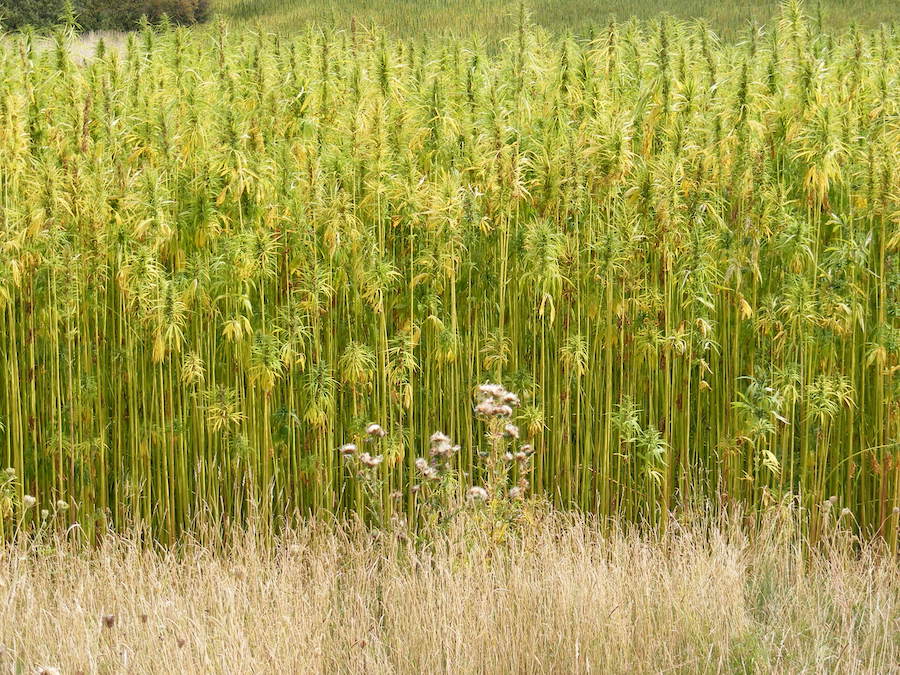 Hemp fields, like the one above, were common in Canada and the United States during the war.

Both hemp and cannabis would be declared illegal in Canada and the United States two decades later, criminalizing useful crops and pressing the pause button on medical research and innovation.