Chronic pain can be an incredibly debilitating condition. Many who endure chronic pain on a daily basis find that it can have a detrimental effect on multiple facets of life, including mood and general well-being. The majority of you reading this who suffer from this type of condition have likely tried everything and anything to help.

While prescription painkillers can relieve pain, they often are more detrimental than the condition itself. They are toxic and highly addictive; but for many, a necessary evil. North America has been hit hard by the opioid epidemic. Prescriptions have increased 400% percent since 1999, and with this trend, a shocking increase in fatal overdoses has followed. As overdose rates continue to climb in North America, many people are turning to cannabis as a potential, natural alternative. In fact, the reduction of chronic pain is one of the most common reasons practitioners prescribe medical cannabis.

What Does the Science Say?

Anecdotally, a growing number of users state that cannabis therapies have significantly helped them treat chronic pain. The reality of cannabis research is that we are just scratching the surface. But thankfully, when it comes to chronic pain, there have been extensive studies on cannabis-based therapies.

A 2016 study conducted in Canada and published in the Journal of Pain evaluated 215 patients treating chronic pain with cannabis which contained 12.5% THC, compared to a group using traditional painkilling methods. The study found that the 215 cannabis users reported a reduction in pain and an increased quality of life. Surprisingly, though, the cannabis group also reported a decreased sense of anxiety, depression, and fatigue. The cannabis wasn’t just helping their physical pain; it was alleviating every symptom the pain caused, even psychological ones.

Even before this study, doctors have been urged to prescribe medical marijuana instead of frequently abused opioids to treat patients with neuropathic pain and a host of other conditions cannabis has been proven to combat. Researchers from the B.C. Centre for Excellence in HIV/AIDS published an editorial in the Canadian Journal of Public Health further adding to this sentiment.

“The evidence supporting the therapeutic use of cannabis is actually much stronger than the use of other drugs that are used to treat the same conditions and it also seems, in many cases, that cannabis has a more favourable side-effect profile,” Dr. Kerr said. Adding that “Opioids are killing people right now… There is no association between cannabis and mortality, and yet North America is in the midst of, really, what is a public-health emergency associated with opioid overdose deaths.”

What Patients are Saying 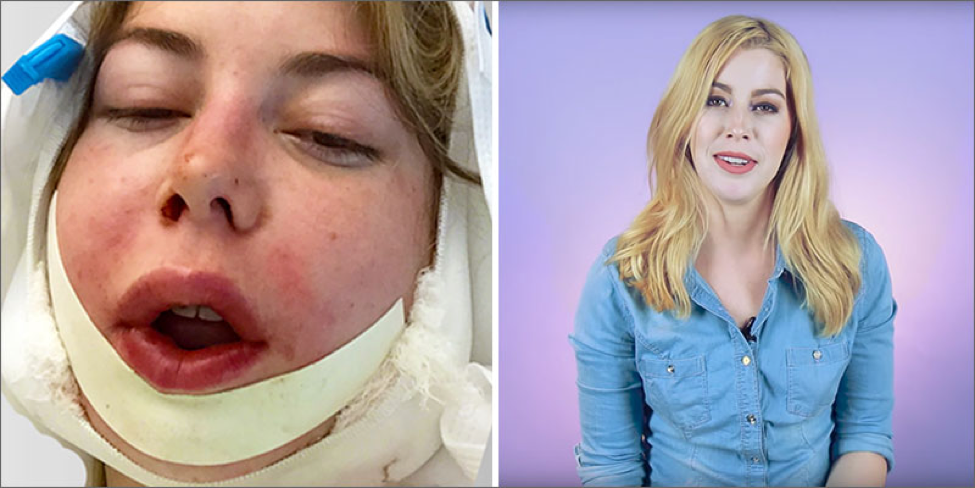 Kelsey Darragh, a BuzzFeed producer, had tried almost everything to stop the chronic pain caused by Trigeminal Neuralgia, a neurological condition that causes excruciating pains in the head, neck, and jaw. Until the video posted below she had not tried cannabis to treat her pain.

The video documents her struggles with the disease and the numerous surgical procedures she has endured and treatment alternatives she has tried.

Her video is an excellent example of the experience of trying medical cannabis for this first time.

Interested in exploring your medical cannabis options for pain or other conditions? Book a free consultation with a Natural Care prescriber today, or call 1-888-671-8022 with your questions.