For Jessica Gorlicky, a typical day might include turning cartwheels across a New York City crosswalk, painting in an impromptu studio outside Miami’s Fontainebleau hotel, or spending two hours getting bodypainted for a performance in Montreal. The Toronto painter is as famous for her Crayola-bright colours and Warholian pop style as she is for her high-energy performances, in which she paints while dancing in front of a live audience.

“It’s a pressure to create something but it’s also being really present in the moment,” she says of her live painting, which she has performed with Cirque du Soleil and as part of the celebrations for the 2010 Winter Olympics. “Everything else dissipates, but I can feel the pressure of the room.” From New York City, where Gorlicky has been “hanging out being a crazy person” for the past year, the artist talked about cannabis as a creative prompt and her journey from rejected art-school applicant to painting live for a crowd of 10,000.

I didn’t get into York [University] Fine Arts. I stopped painting. I pretty much had nothing, except for being cool. [The school] was like, “You have some really great colours. I don’t love your stuff. What are your grades like?” I’m like, “I don’t know…mid 70s? I’m a B student?” [They were] like, “Yeah, there’s a lot of people applying this year, I don’t see it happening.”

I didn’t get accepted and I was devastated. I was like, I am not an artist. I am not supposed to be doing this. I was 17! That can kill a teenager, man. It did kill me for a bit, but I remember saying I just love to paint, so fuck [them]. And then I made a bunch of new paintings and I ended up selling all of them six months later. And I thought I had won the lottery. That was all I needed. I was like, this is happening.

The gamechanger for me was getting up in front of 10,000 people in Hamilton for the Olympic torch relay in 2010. I have never seen a larger group of people. It scared the hell out of me. And I remember thinking to myself, you can either do it or not do it. So what’s it going to be? And I don’t think I breathed. It was a seven-minute performance. I finished so quickly that I didn’t know what to do with the last three minutes but dance and pretend that I was still painting.

I don’t smoke all the time but I used to take one puff a day and I was very happy about it. I think it’s a really great natural addition to one’s life. Looking at the world in a slightly different light opens up new ideas.

I am not actually the most productive person [when I am high] but an intuition happens for me personally. A new channel or opening or chakra or whatever you want to call it gets opened up that is potentially different from five minutes ago. I accept the journey of it, whatever that might be. It’s always different, because life is always different anyway, with or without cannabis.

It has helped so many people with a variety of health problems. My mom is 66. She just discovered CBD oil and she sleeps better at night. Her neck is alleviated. Her headaches go away. That’s awesome! For people with muscular pain or menstrual cramps it’s always been enjoyable. 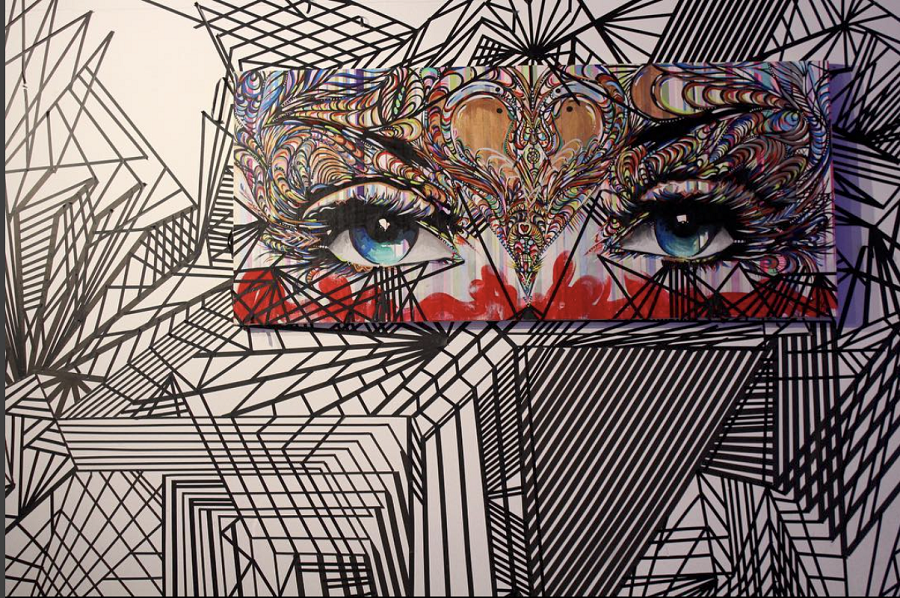 Sometimes I have to work really hard to get that je ne sais quois going. Whatever is going on in your day. Madonna doesn’t just get up on stage and she’s like, my cat pissed on my shoes or I have my period or my father isn’t feeing well. You have to show up. Showing up and my reputation has been everything. In that moment I have to put everything else aside. I put a lot of pressure on myself, as we all do.

We are around people constantly and it’s hard to inwardly connect. I’ve been in New York for the last year mostly in-between performances and I walk for hours by myself. Music is a huge element for me on my own time. Or driving by myself. Painting by myself. Dancing by myself, which I often do on street corners. That freedom of being on your own is liberating and it’s essential for growth, learning, self-discovery. All those cliché things—they’re real.

Interested in exploring your medical cannabis options for mood or motivation? Book a free consultation with a Natural Care prescriber today, or call 1-888-671-8022 with your questions.