How Does Cannabis Affect Men and Women Differently?

Men have traditionally been the largest group of cannabis consumers, but recent trends are showing that women are starting to catch up. We know that cannabis can have a different effect on each individual, but some studies show there are also differences biologically and behaviorally between genders.

In fact, the reason men and women use marijuana varies, as well as their physical reaction and attitude toward it. In 2015, researchers at Columbia and John Hopkins universities found that nonwhite, low-income women over 50 were most likely to think using cannabis regularly is risky. The same study, published in the journal Drug and Alcohol Dependence also revealed women were nearly twice as likely to perceive smoking cannabis as a risk in general.

Men experienced more relief from pain than women after smoking weed, according to a 2016 study by the New York State Psychiatric Institute and Department of Psychiatry and Columbia University Medical Center. The study determined that one of the trends between men and women was that the men reported a “significant decrease” insensitivity to pain and an increased pain tolerance.

Another study done at the Western University of Health Sciences used mice to mirror effects found in humans who consume marijuana, like changes in body temperature and food intake. After the mice were administered with cannabinoids (the chemical compound in marijuana), the researchers discovered the males ate much more than the females. (The body temperature of the males had also decreased by half a degree Celsius.) The study found it likely that men are more susceptible to “munchies” or having an increased appetite after smoking marijuana.

Other research, published in the Journal of Advances in Dual Diagnosis, shows there are more men who suffer from cannabis psychosis than women. (Psychosis is a condition that affects the mind and can lead to depression and anxiety.) The habits of men and women were observed for more than a decade by the Department of Health Sciences at the University of York. The study followed them from “exposure to cannabis through to developing cannabis psychosis.”

Some studies also showed links between smoking marijuana and lowered sex drive in men, as well as decreased sperm count.

Women have a higher tolerance but are more susceptible to addiction

Psychology professor Rebecca Craft from Washington State University led a study using rats to find the main differences between men and women when it comes to marijuana tolerance. The findings, revealed in 2014, showed female rats were 30 per cent more sensitive to the pain-relieving qualities of THC, one of marijuana’s active ingredients. The females also developed a tolerance faster than the males. It’s possible that because of these factors, women are more susceptible to anxiety, paranoia and addiction, said Craft.

Other researchers have also looked into how women are more likely to become dependent on marijuana than men. Margaret Haney at the Columbia University Medical Center observed symptoms of cannabis withdrawal such as irritability, sleep disruption and decreased food intake. These symptoms reportedly appear in women more than man. Craft said women were also more likely to relapse after trying to stop smoking weed.

“Marijuana is very different than it was 40 years ago. It’s much higher in THC and lower in cannabidiol, so a little bit goes a very long way,” said Craft. “We’re more likely to see negative side effects today like anxiety, confusion, panic attacks, hallucinations or extreme paranoia. And women are at higher risk.”

Craft said she’s also been monitoring the cycles of the female rats to see if their sensitivity to the drug changes along with their hormones. It turns out, they do, because of estrogen. When the female rats were ovulating, Craft said there was a “clear spike” in marijuana sensitivity after estrogen levels peaked.

Other studies showed that endocannabinoids (naturally produced in the brain, similar to external cannabinoids found in marijuana) can help with fertility. And, like most things, marijuana is better in moderation when it comes to sexual appetite. While smaller doses are known to enhance a woman’s sex drive, too much of it can decrease it. 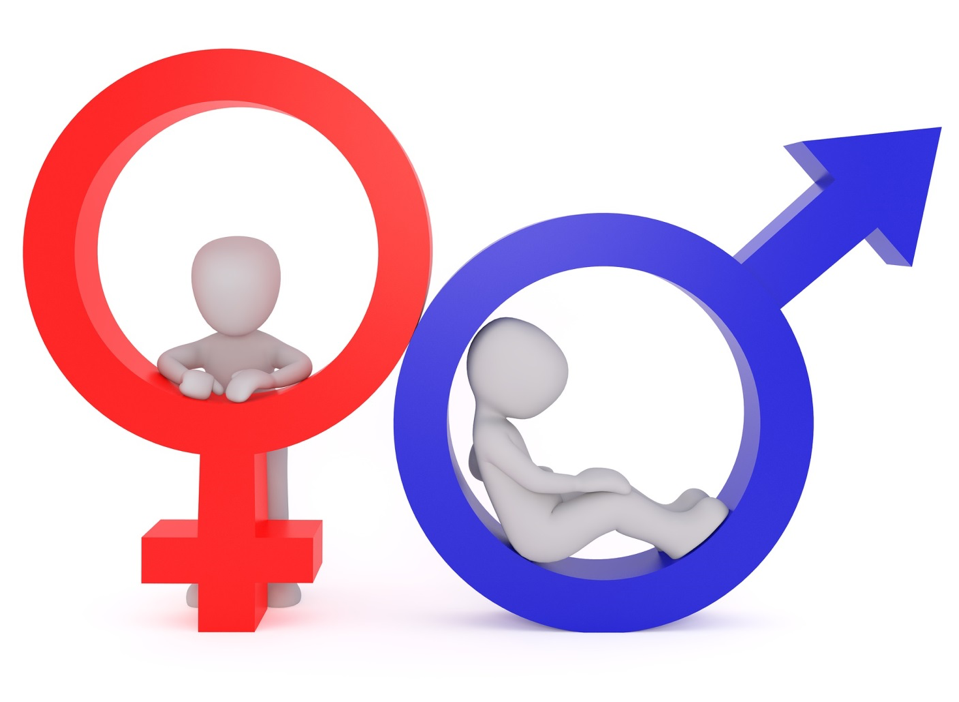 The researchers who worked on the cannabis psychoses and gender study revealed there may be more men suffering from it because it’s possible fewer women have come forward or were involved in sharing information about their experiences.

Through her research, Craft said she found there was no disruption in the female cycle when they consumed marijuana. She said there needs to be more research on this as well because the topic has been consistently under debate. And just as Hamilton alluded to, Craft also noticed that most THC tolerance studies have been done on men.

Interested in exploring your medical cannabis options? Book a free consultation with a Natural Care prescriber today, or call 1-888-671-8022 with your questions.